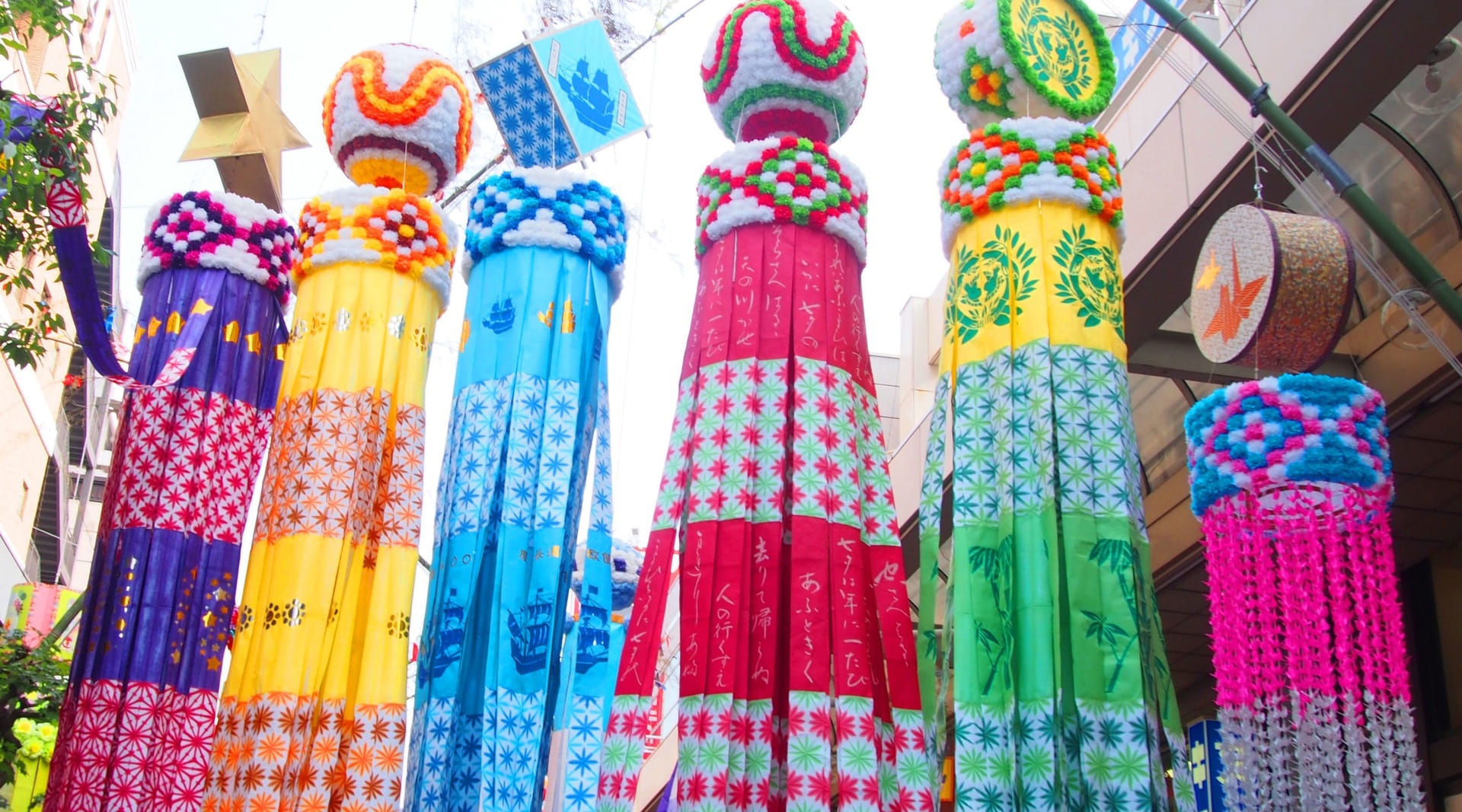 Thousands of enormous, handcrafted paper garlands are suspended from branches of bamboo throughout Sendai for three days in August, adorning the city with curtains of color. The Sendai Tanabata Festival has evolved from a romantic tradition celebrated in Japan since the eighth century into one of the Tohoku region’s three largest summer festivals, which also include the Nebuta Festival (Aomori Prefecture) and the Kanto Festival (Akita Prefecture).

・When and where
The festival is held annually from August 6 to 8, preceded by a fireworks display on the evening of August 5. The city’s covered arcades and shopping streets are decorated for the occasion, and stage performances are held in Kotodai Park, near the Miyagi Prefectural Government Office.

・The origins of Tanabata
Tanabata is a festival that originated in China and was first celebrated by the emperor’s court when it was introduced to Japan in the mid-eighth century. It centers on the tale of two celestial lovers who are forbidden to meet, except for one evening on the seventh night of the seventh month of the lunar calendar. It is customary to make a wish and write it on a colored strip of paper (tanzaku), which is then hung on a decorated branch of bamboo.

・Sendai’s decorations
The decorations of the Sendai Tanabata Festival include not only the tanzaku, but also garlands of origami cranes, folded paper kimono and purses, and intricate concertina streamers evoking fishing nets and woven basketry. Many of these designs are unique to the Sendai Tanabata Festival, and each is symbolic: for example, the purses represent wealth and prosperity, and the cascading, net-like garlands, which can be several meters long, signify bountiful catches of fish and abundant harvests of the fields. Visitors can write their own wishes on tanzaku at booths in Kotodai Park.

・Tanabata and Date Masamune
Tanabata became widely celebrated throughout the country in the early Edo period (1603–1867). It took root in Sendai partly thanks to the encouragement of Date Masamune (1567–1636) after he founded the town in the early seventeenth century. Sendai’s Tanabata celebration has since become one of the largest in Japan.

●The three major festivals of the Tohoku region (東北三大祭)

The world’s most elegant festival of paper and bamboo

The Nebuta Festival is one of the most famous festivals in Japan, attracting thousands of visitors.