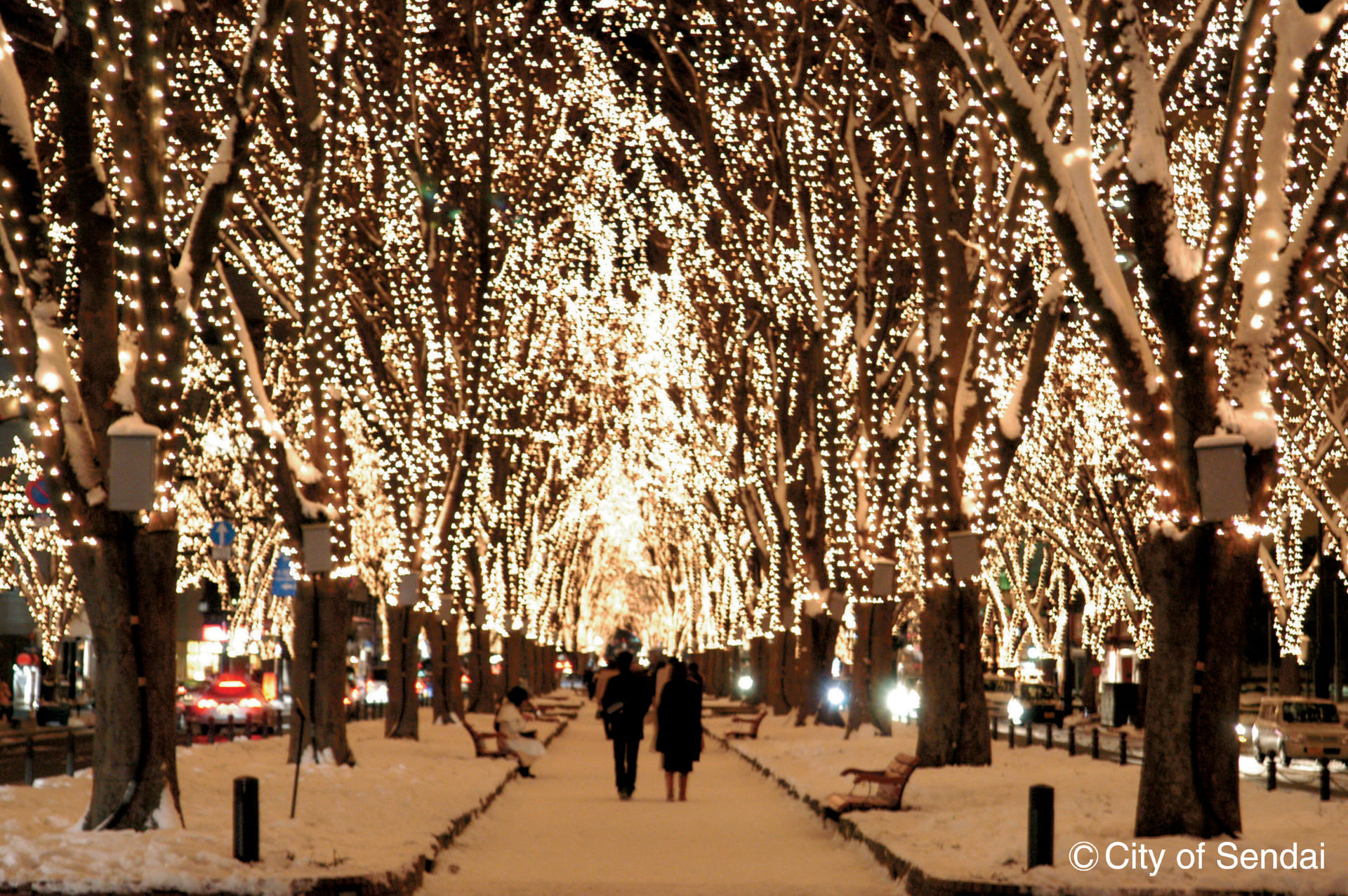 Jozenji-dori Avenue becomes a tunnel of light every December as the New Year approaches. The trees along the avenue and its central promenade are decorated with lights in a striking illumination display.

The Pageant of Starlight has been held in Sendai since 1986, and has become a mainstay of the event calendar. The decorations have grown in scale over the years, and today use nearly 420,000 LED lights.