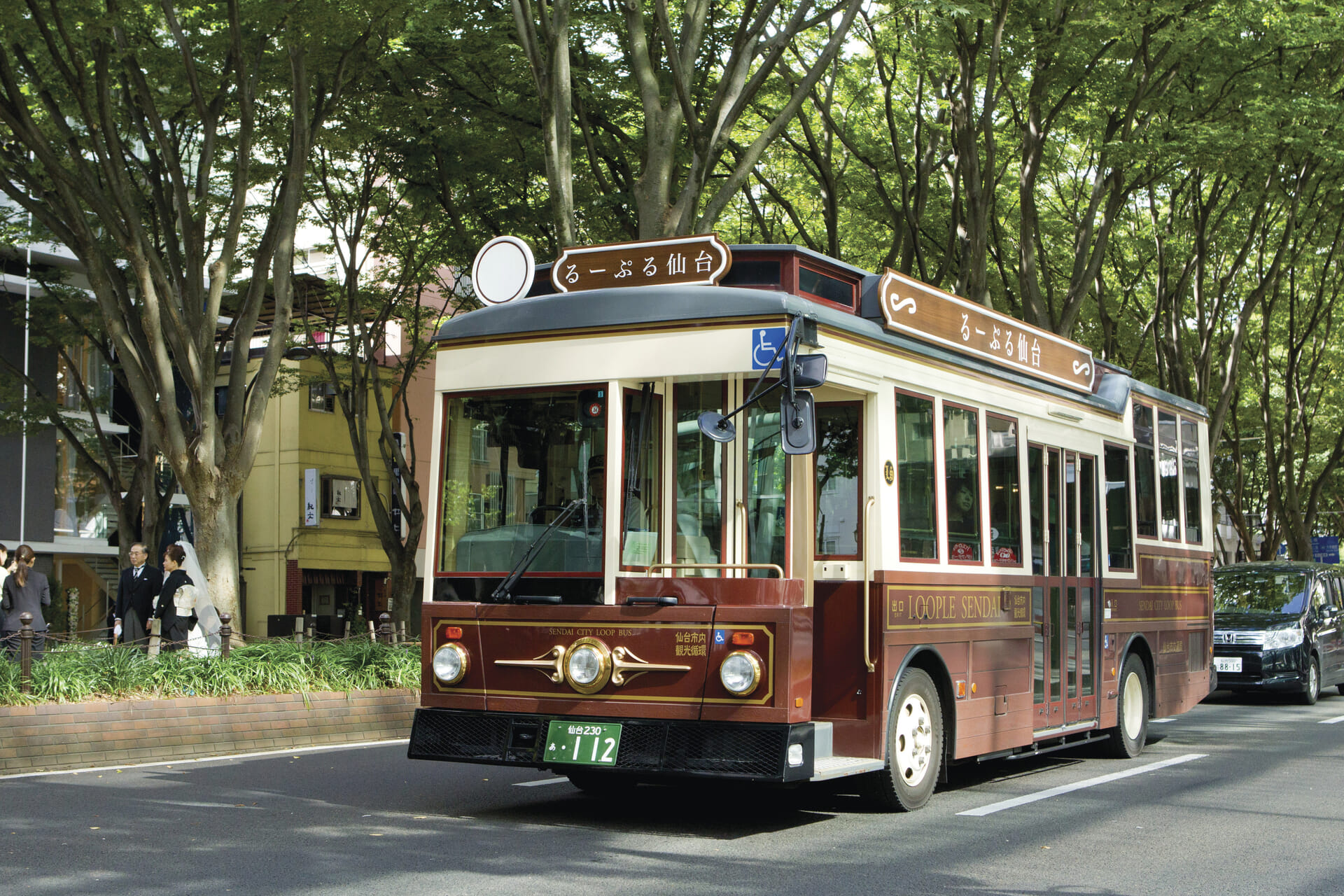 As of 1st April 2017, the unlimited travel ticket for foreign tourists, Sendai Area Pass, is on sale. This cheap and convenient pass allows you a day of unlimited travel on the Loople Sendai, Sendai City subway lines and buses, and JR trains in the area.

You can also receive discounts on entry fees to Zuihoden and Sendai City Museum, among other locations, and other special services. For details, please see the website.

The pass is good for a two-day period and allows pass-holders unlimited rides on trains and buses. You can travel anywhere in Sendai as well as major sightseeing spots such as Akiu Onsen, Matsushima or Yamadera Temple.

●Where you can purchase the pass:

●How to use the pass:

Go through the automatic ticket gate when using JR trains, the subway or the Sendai Airport Line. When using the Loople Sendai bus or other buses, show your pass to the driver when getting off the bus.

*If you show your Marugoto Pass at the Sendai Tourist Information Center on the 2nd floor of JR Sendai Station, you will receive a coupon booklet containing discount coupons and information on special services.

The Tohoku Expressway Pass is a special service that allows unlimited use of Tohoku expressways through the ETC system at a flat rate.

The pass user can drive on expressways at a flat rate as many times as they wish for two or more consecutive days up to fourteen days without worrying about additional charges. The service is available via rental car service companies.

The Sendai Subway system runs through Sendai and is convenient for foreigners with announcements made in English.

Especially Sendai Station, Hirosedori Station and Kotodai Koen Station in central Sendai are useful for tourists. You can ride on the subway for free using the Sendai Marugoto Pass.

The Loople Sendai bus stops at major sightseeing spots in central Sendai. If you purchase a one-day pass, it allows you unlimited rides for the day. If this is your first visit to Sendai, this is an ideal way to see the sights of the city.

How to use Loople Sendai

●It takes about one hour per full circuit.
●From the JR Sendai Station West Exit Bus Pool, take the bus from Platform No.16
●The first bus leaves JR Sendai Station at 09:00 and the last bus leaves at 16:00. Buses run every 15-20 minutes.
●Get on the bus at the central entrance and get off at the front. When you are getting off the bus, insert your one-day pass into the ticket machine or pay the single fare.
●Announcements are made in English.
●Change can be made for ¥1,000 bills. Other types of bills cannot be changed.

Where to Buy Economical One-day Pass

Special Offers of One-day Pass for Loople Sendai and Subway

If you want to visit neighboring prefectures such as Yamagata or Fukushima, or even Tokyo, expressway buses are convenient.

Buses in the Sendai area have English announcements when stopping at major sightseeing spots.
There are 242 different bus routes with 48 lines that travel from central Sendai to its outskirts.

If you use the Sendai Marugoto Pass, you can get on and off the bus anywhere for free.

If you bring the proper documents with you, you can drive a car in Japan (please check the laws before you leave for Japan). Almost all cars have a car navigation system installed so you can easily find your way around.

How to rent a car
You can rent a car directly from the agency on the day you arrive. It is recommended that you reserve a car beforehand on the Internet, or other means.

NISSAN Rent a Car
(in English, Chinese and Korean)
https://nissan-rentacar.com/english/

“Taxis in Japan are very safe. But most taxi drivers speak only Japanese. Therefore, it is best to point at your destination to the driver.

Fares differ according to time and distance. The minimum fare for a small-sized taxi is ¥670 and if you take a taxi early in the morning or late at night, there is an extra charge.
Taxi fares to major sightseeing spots (small-sized taxi)

Each taxi company has sightseeing courses and offers taxis that will take you around to major sightseeing areas (reservations required).

DATE BIKE” is a useful bicycle-sharing service which you can rent and return at any cycling port in downtown Sendai.

Prior registration required can be completed at the Sendai Tourist Information Center located at the Second floor of Sendai Staton.