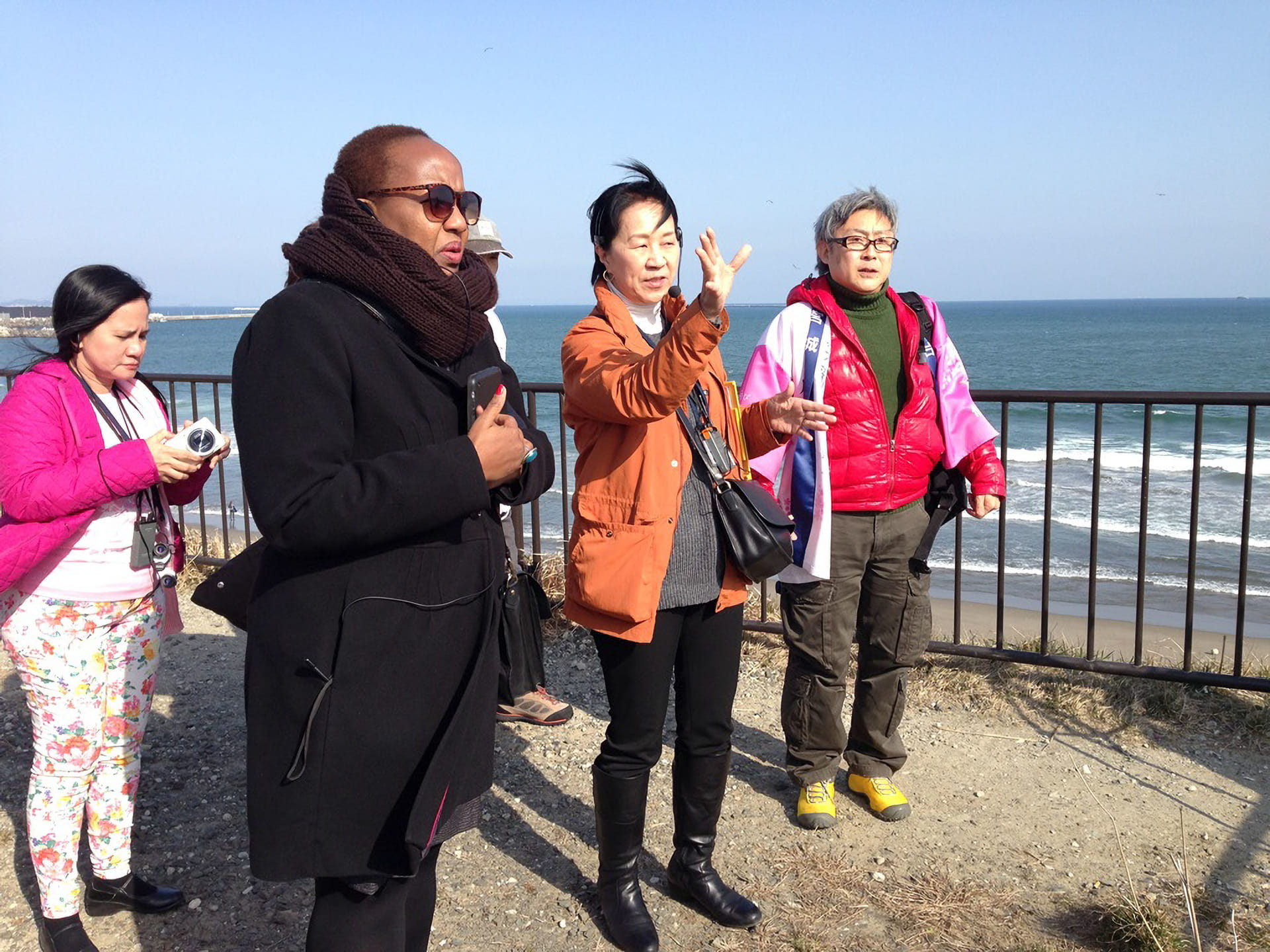 The massive quake of magnitude 9.0, and the ensuing tsunami with an estimated height of over 7 meters, caused unprecedented damage in Sendai. The devastation was particularly terrible in the eastern coastal area. Sendai went to work reconstructing the area, with aid from both elsewhere in Japan and overseas, and is making efforts to turn the lessons and experience of the disaster into something positive for the future and the world.

In the eastern coastal area, including Arai and Arahama, there are various facilities and monuments commemorating and conveying messages about the disaster.

Sendai Municipal Subway (Tozai Line) Arai Station, a gateway to the eastern coastal area, opened in 2015, improving access to the Arai and Arahama areas. Visit and engage with the legacy of the earthquake and the path to restoration.

To tour the area, first, take the Sendai Municipal Subway Tozai Line from Sendai Station. It’s 13 minutes to the Sendai 3.11 Memorial Community Center, directly linked to Arai Station. This memorial facility, which opened at the same time as Arai Station, is a place to learn about and understand the earthquake.

From there, take the Sendai Municipal Bus to the former Sendai Arahama Elementary School, 700 meters from the coast, which was heavily damaged in the earthquake and tsunami. The school building, which was enveloped by a huge tsunami up to the second floor, is open to the public, and you can see various exhibits and documentary films.

Standing on the coast, Arahama Memorial Tower was built by a local organization to commemorate victims of the disaster and pray for the repose of their souls. Very nearby are the regional monuments Arahama Memorial Bell and History of Arahama.

Stone monuments and memorial towers that convey memories of the earthquake and the history of the area were built along the coast after the earthquake, not only in Arahama but also in Nakano, Minamigamo, Shinhama, Fujitsuka and Higashirokugo (scheduled for completion in 2018).

Between Arahama Elementary School and Arai Station is the Sendai City Agriculture & Horticulture Center. This is a spot that was redeveloped as a “frontier support center” for food and agriculture after the disaster. Food, beverages and original gelato are available, and it’s a great place to take a break.

The Arai and Arahama areas are in the process of reconstruction, and are making efforts to connect the lessons and experiences of the disaster to the future and the world. No visit to Sendai is complete without seeing these areas, which reflect the city’s future vision of being a strong but flexible Disaster-Resilient and Environmentally-Friendly City.