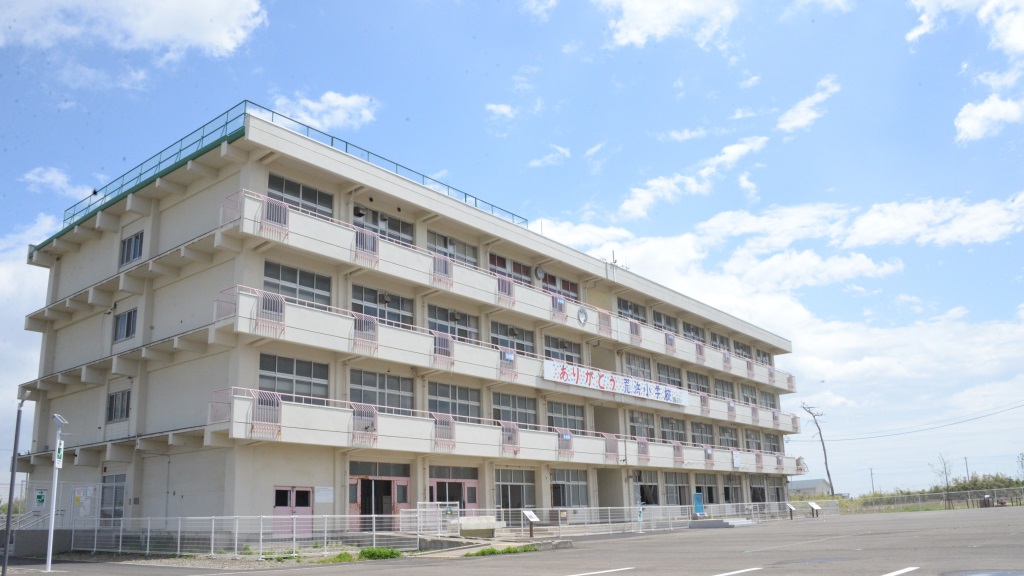 Sendai Arahama Elementary School, located 700 meters from the coast, is a four-story building, and was flooded by a massive tsunami up to the second floor when the Great East Japan Earthquake struck. At this school, 320 people (children, teachers, and local residents) were trapped, but they were able to evacuate to the roof where they were safe. As an earthquake memorial project, the school building has been open to the public since April 2017 with the theme of “preserving memories of the earthquake and tsunami for posterity.”

Here you can see the damaged school building in unchanged form, as well as large photos and documentary films showing how it looked at the time. Furthermore, on the rooftop, you can compare the scenery before and after the disaster while seeing a panoramic view of the entire Arahama district. By getting a direct, visceral sense of the power and threat of earthquakes and tsunami, visitors can raise their awareness of disaster preparedness and damage mitigation.