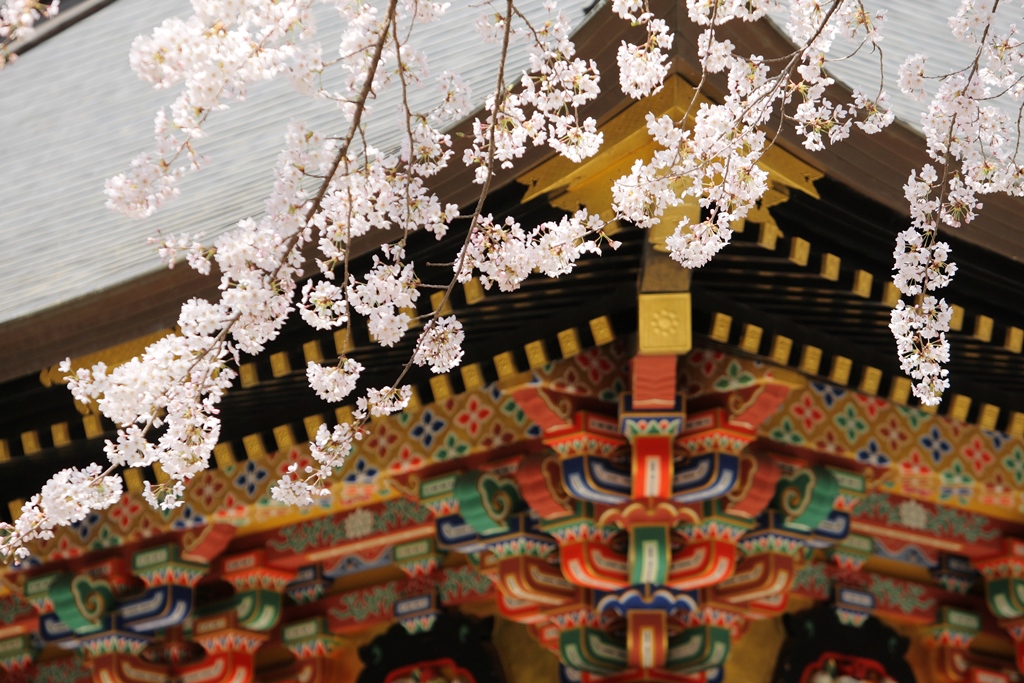 Light filters through ancient cedars on the climb up the steps to the quiet hillside grounds of Zuihoden, Date Masamune’s final resting place. The Zuihoden complex is vast, and includes the burial sites of numerous members of the Date family. Lavish mausoleums adorned with ornate carvings pay homage to Masamune (1567–1636), the founder of the Sendai domain, and his successors, Tadamune (1599–1658) and Tsunamune (1640–1711). The grounds include several monuments and a museum that displays excavated burial items such as swords and helmets.

After entering the Zuihoden complex, visitors arrive at a roofed gate with closed black doors adorned with gilded Date family crests. This is the Nehanmon Gate (Nirvana Gate), the main entrance to Masamune’s mausoleum. The gate represents enlightenment, and the passing of the spirit from this world to the next. Intricately carved designs of flowers and auspicious mythical creatures such as kirin decorate the spaces between the gabled roof and the doors. Kirin are mythical beasts with some of the attributes of a unicorn, believed to herald the coming of an illustrious ruler.

Beyond the gate, steep steps flanked by stone lanterns lead to the Haiden gateway, which opens into a courtyard. Through the courtyard, past a final gate, lies the jet-black mausoleum. It is embellished with opulent gilding on the two central doors and vivid carvings under the eaves of the roof. On each of the doors is a gilded design of two sparrows encircled by bamboo—one of the most iconic of the Date family crests. A wooden statue of Masamune is housed within the mausoleum, and on special occasions such as the anniversary of his death (May 24), the doors are opened to reveal the statue.

n 1636, after Date Masamune’s death in the capital at the age of 70, his body was carried by palanquin back to Sendai from Edo (now Tokyo) and laid to rest where the mausoleum now stands. The mausoleum is a reconstruction of the original, which was destroyed during World War II. During the early phases of reconstruction work, archeological excavations yielded the remains of Masamune and numerous burial items. Masamune’s burial items are exhibited at the Sendai City Museum, but those of Tadamune and Tsunamune, the second and third lords of Sendai, can be viewed at the Zuihoden Museum.

From the Nehanmon Gate the path continues through the forested grounds and passes a large cenotaph. This is a monument to the victims of the Boshin War (1868–1869), a civil war that restored rule under the emperor and ended the Tokugawa shogunate. Beyond the cenotaph are the Kansenden and Zennoden mausoleums. They stand close together beside the Myounkaibyo, a small cemetery with the graves of other Sendai lords.

Kansenden is built on the burial site of Tadamune (1599–1658), Masamune’s second son. As the second lord of Sendai, Tadamune led large-scale land reform, and is credited with strengthening the domain’s prosperity.

Zennoden commemorates Tsunamune (1640–1711), Tadamune’s sixth son and the third daimyo of the Sendai domain. He was an accomplished artist, well known for his calligraphy and ink paintings of the landscapes of northern Japan. Both mausoleums share the opulence of Zuihoden.