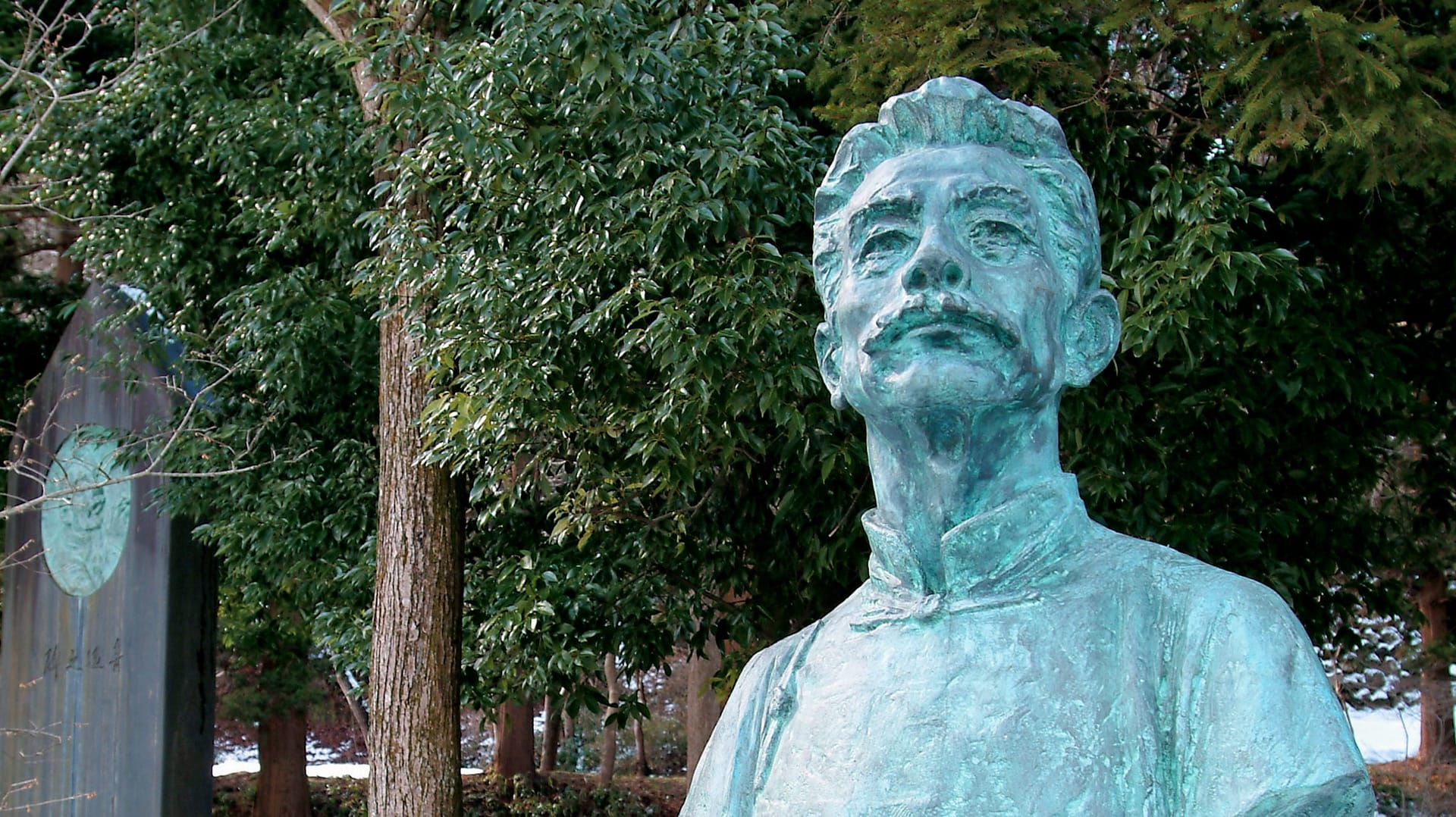 There are many monuments and sculptures around the Sendai City Museum, on the site of the former Sannomaru (outermost region) of Sendai Castle, and among them quietly stand a bust and monument of Lu Xun.

The bust was donated in 2001 by the city of Shaoxing, China, the author’s birthplace, to celebrate the 120th anniversary of his birth. The monument was erected in 1960 by the Lu Xun Memorial Construction Committee, launched mainly by civic groups aiming to promote China-Japan friendship. Inscribed on it are a description of Lu Xun’s time in Sendai and words honoring his achievement.

In 1998 Jiang Zemin, then president of China, made news when he visited this stone monument and dedicated flowers on a visit to Japan. Many people continue to visit sites related to Lu Xun, who is widely respected as a great thinker and the father of modern Chinese literature.