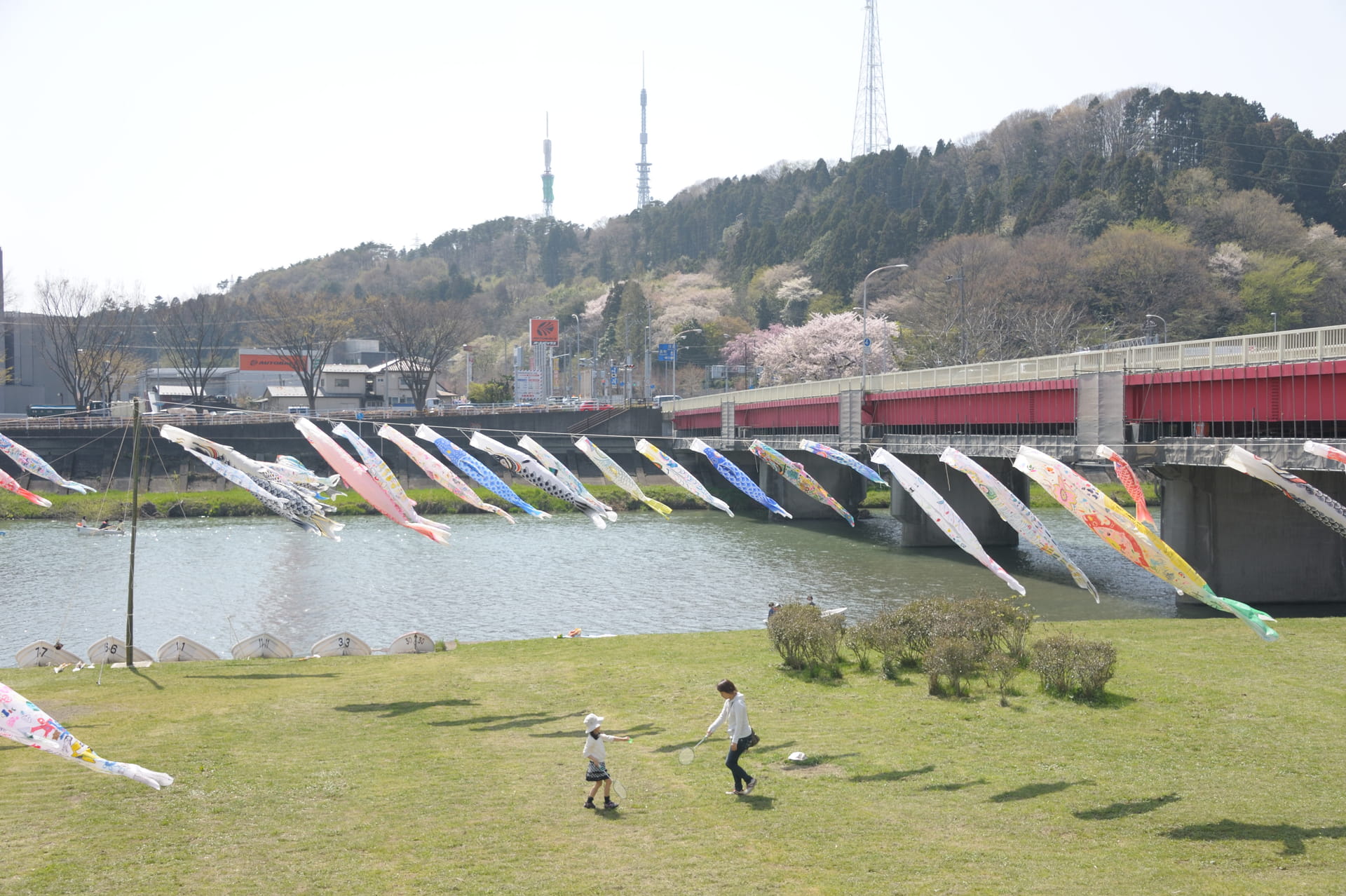 The Hirose River flows through the center of Sendai City. Its length is about 45 kilometers, starting from the Sekiyama Ridge of the Ohu mountain range and ending where it meets the Natori River.

The Hirose River is designated as one of the “Nation’s Top 100 Famous Rivers” due to its good conservation status and a lot of environmental protection activities local residents. Thanks to the river, people can enjoy a bit of natural landscape in a major modern city, and the Hirose River is loved as a symbol of the “City of Trees”.

At one time, Hirose River suffered from severe water pollution. However, because of effort for getting back its clear stream by both the government and residents, in recent years as many as 5000 salmon have returned upstream. No other big cities in Japan have a river where such large numbers of salmon return, and this demonstrates the pureness of the river.