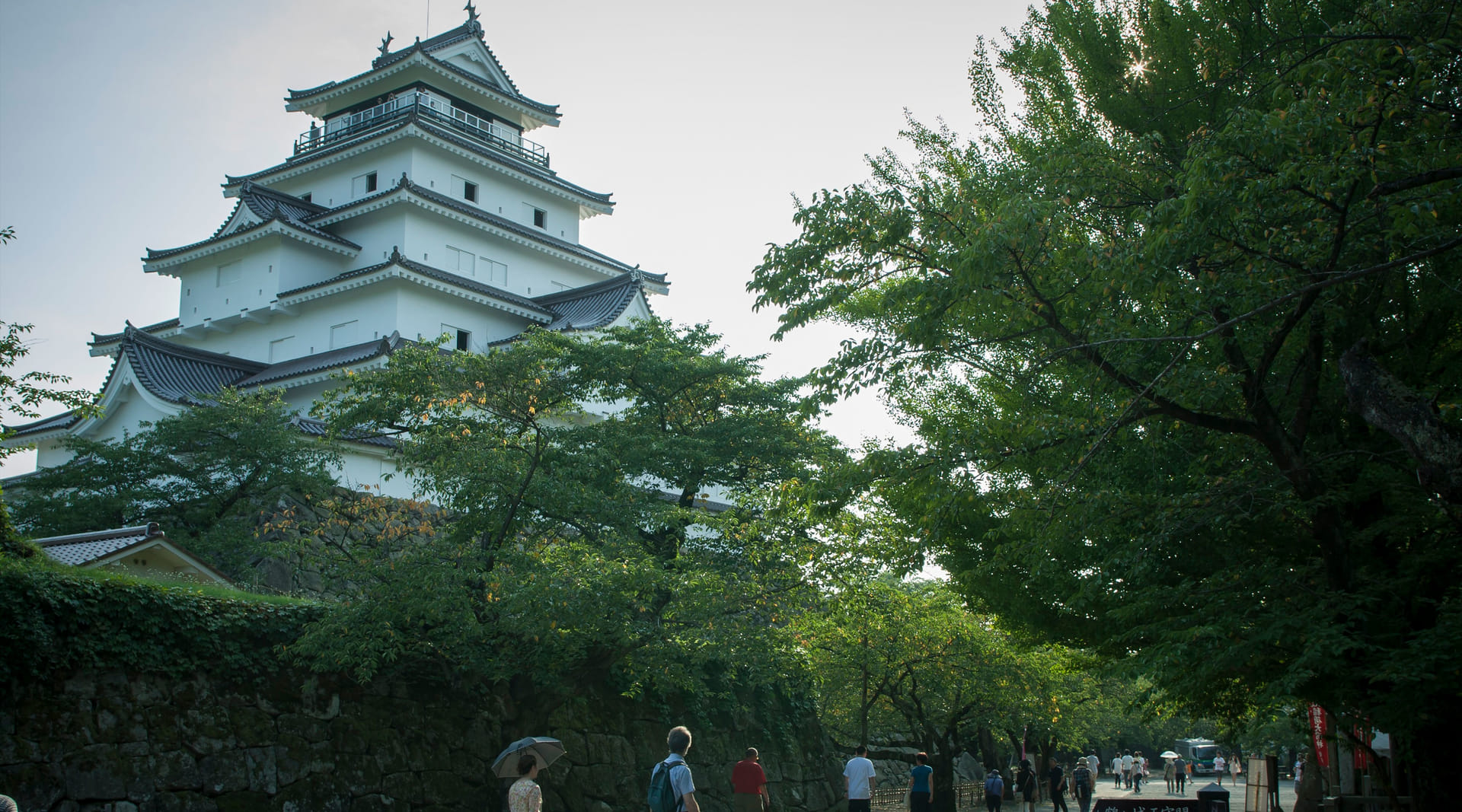 The name of Tsurugajo Castle became known to the people as the castle that endured a fierce month-long battle during the Boshin War. It was demolished in 1874 and rebuilt in 1965. In 2011, the roof was completely rethatched with red tiles, which reproduced its appearance at the end of the Edo period.

The castle tower that exists today is the only castle tower in Japan with red tiles. The interior of the castle is a folk museum where visitors can experience Aizu’s history.