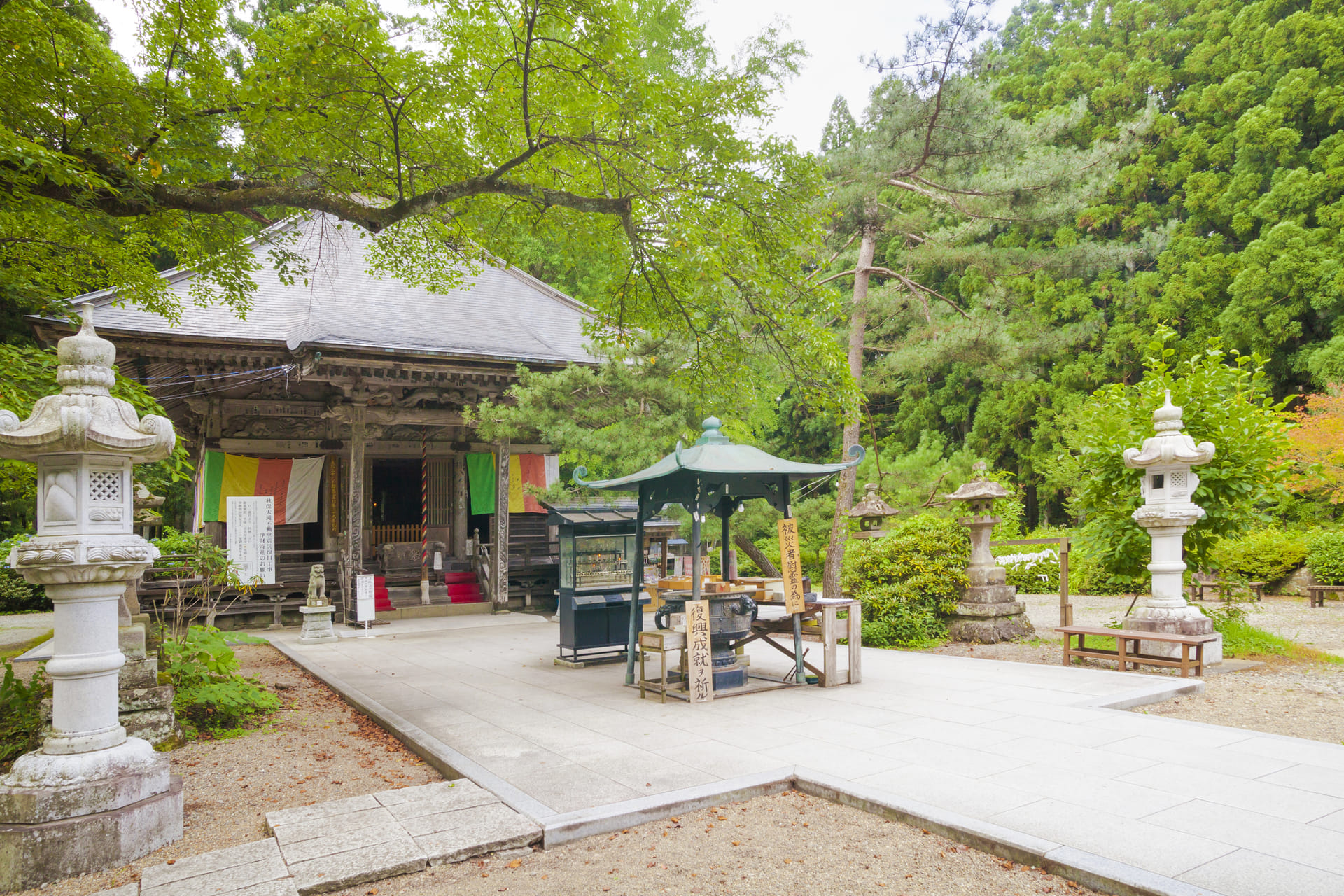 Saiko-ji, or Takimotosan as it is officially called, is regarded as the inner shrine of Risshaku-ji in Yamadera, Yamagata Prefecture. It is said that the priest Jikaku Daishi (also known as Ennin) founded Risshaku-ji during his preaching tour around Tohoku in the Jogan Period (856-875 CE), after undergoing a rigorous course of religious training for a hundred days at Akiu Otaki Falls located right beside the current Fudo-do (hall dedicated to Fudo Myoo, the God of Fire). The temple shrine features a huge bronze seated statue of Fudo-myoo which is 3.3 meters in height, 5.1 meters around the waist, 7.2 meters around the knees, and has flaming nimbus 5 meters high.

In 1828, after completing the statue of Fudo, Chisoku-shonin jumped into the waterfall, praying for all people to have their wishes come true. Since then many people have prayed to the statue to grant them their wishes. Right behind the Fudo-do is Akiu Otaki Falls, which is designated as a national area of natural beauty.
The statue of Fudo is said to have been cast during the Edo period, when Chisoku-shonin rebuilt the temple.