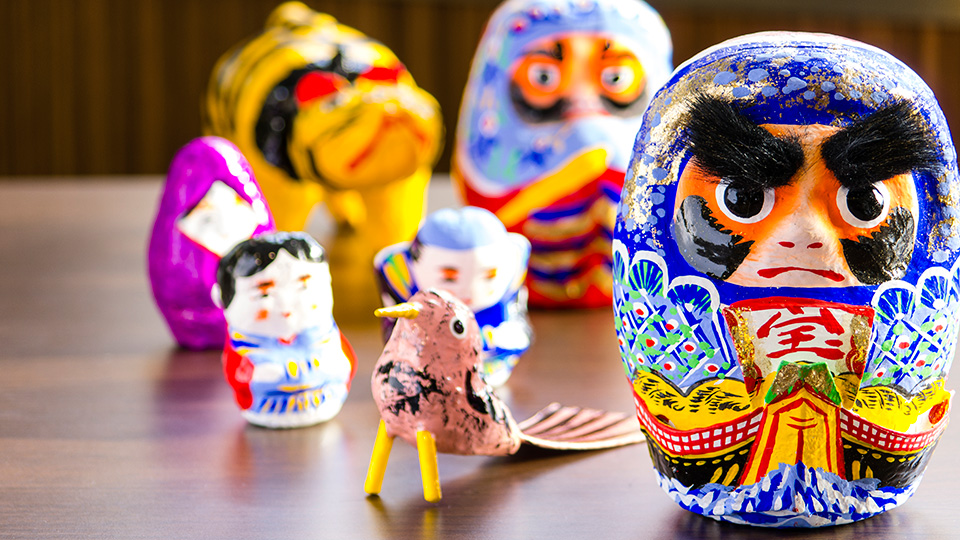 Sendai Hariko (papier-mâché) has a gentle warmth that derives from its unpretentious charm and simple shapes. These hand-made crafts were first produced by the low-ranked warriors of the domain as side work during the feudal era.

Matsukawa Daruma (Dharma) dolls are the most common Sendai Hariko products, but there are a variety of other products such as lovely masks as well as traditional figures of tigers and of cows carrying bales of rice.