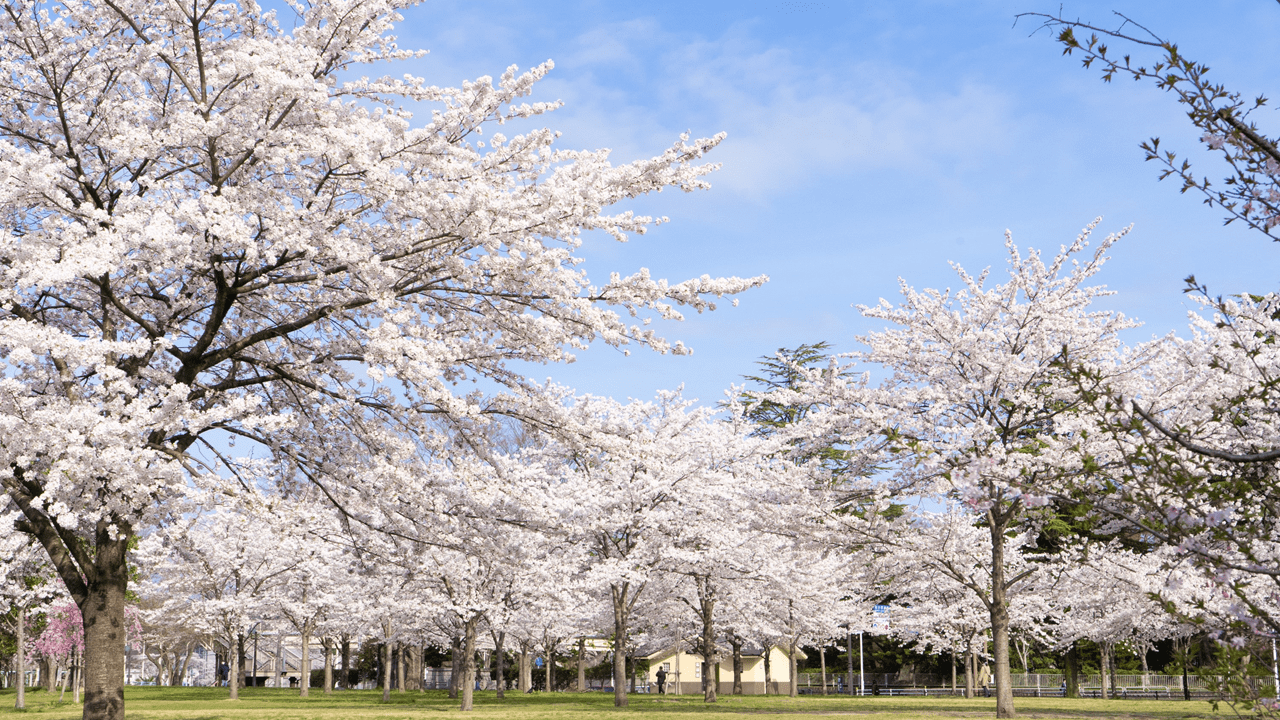 Nishi Park stretches along the east bank of the Hirose River, covering a large area between Jozenji-dori Avenue to the north and Aoba-dori Street to the south. The park has many cherry trees, and is one of the most popular places to enjoy viewing the blossoms in spring.

The park has a strolling path along the riverbank, play areas for children, and lawns where visitors can sit and relax. Parts of the park command views of Aobayama, the hill upon which Aoba Castle was built in the early seventeenth century. At the northern edge of the park, there is a tower in the shape of a traditional wooden doll (kokeshi) and a steam locomotive that was taken out of service in 1968. The park has several event spaces, and is often the venue of popular citywide events such as the Sendai Tanabata Fireworks Festival and the Jozenji Street Jazz Festival.